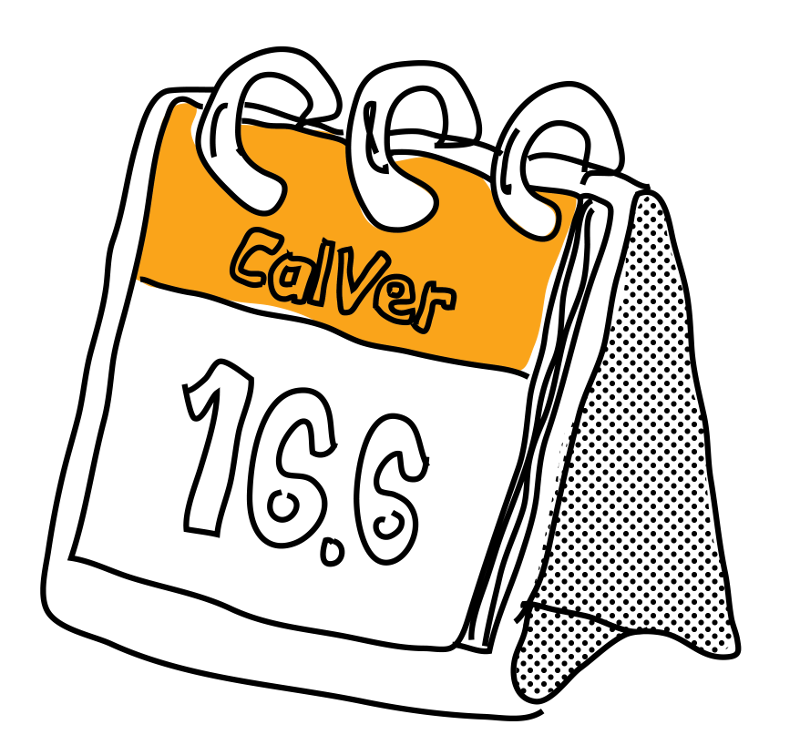 CalVer is a software versioning convention based on calendar dates of project releases, support schedules, and compatibility, instead of arbitrary numbers. There are many benefits to this approach, and multiple variations to custom fit all projects.

Calendar versioning has a long history, but CalVer itself was first publicly released in 2016. The initial version was written by Mahmoud Hashemi, with thanks to Stephen LaPorte, Mark Williams, Glyph Lefkowitz, Amber Brown, and Hynek Schlawack.

Big thanks to 狂飙 for the initial Chinese (中文) translation.

If you have questions, comments, issues, or enhancements, please feel free to open an issue on the CalVer GitHub.

This site generated with Chert and Python.